As Katy ISD celebrates over 75 years of FFA and rodeo history, Katy Magazine takes a look back at the first-ever Katy ISD FFA Livestock Show, Rodeo, and Parade and remembers the man who made the agricultural science program in Katy what it is today; Mr. L.D. Robinson. 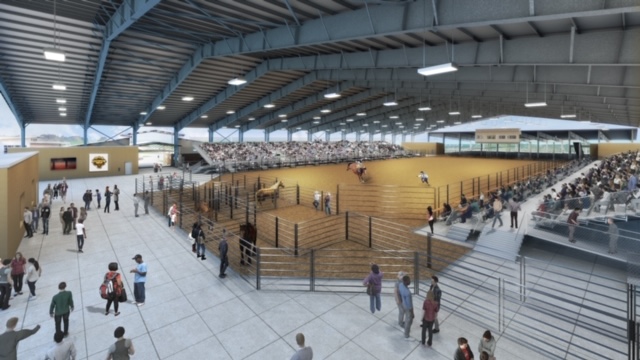 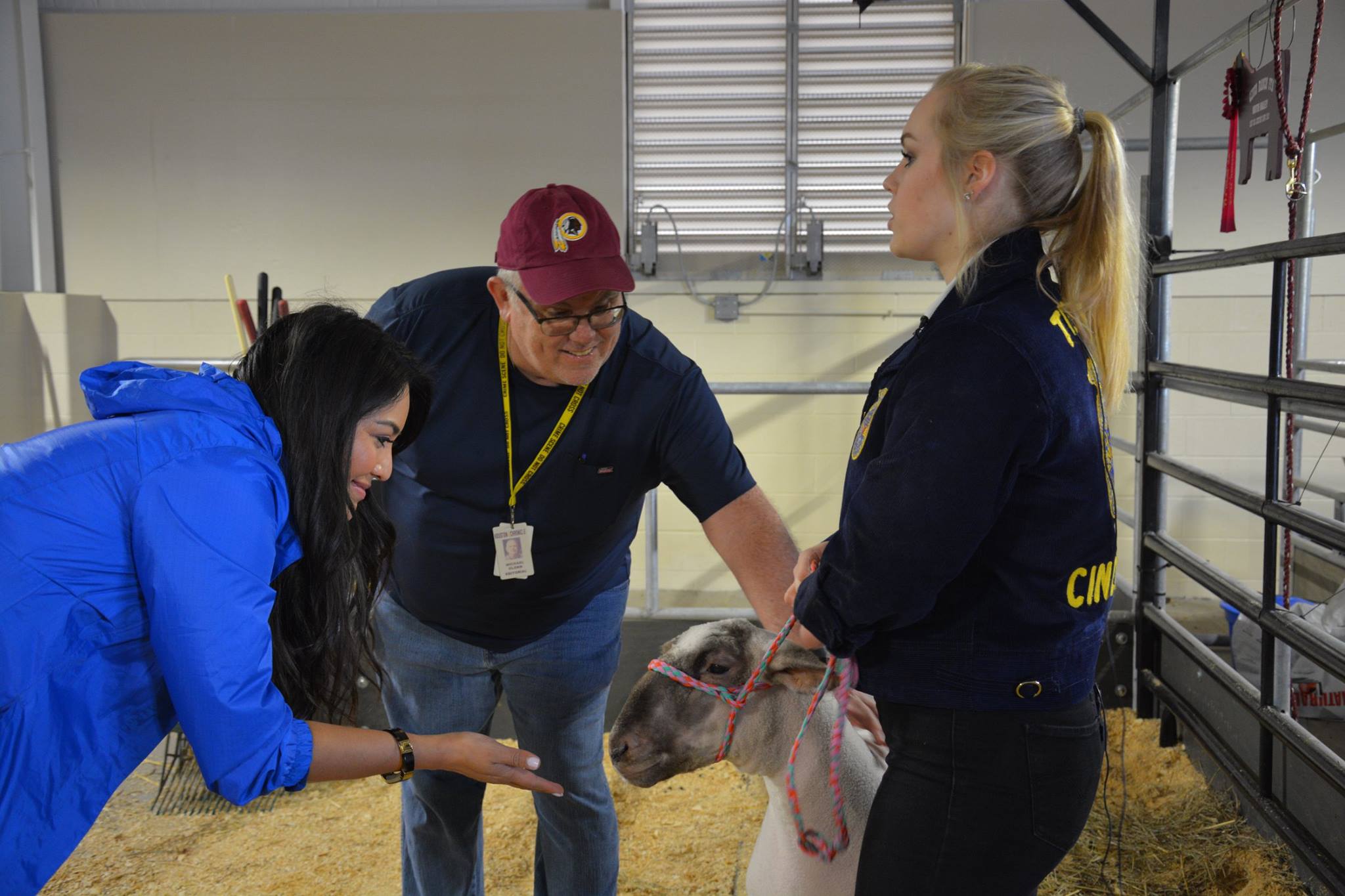 "The Katy ISD's new facility is fitting of the FFA, agricultural and community spirit of generations past. The rodeo and agricultural barns will serve generations of Katy students ahead and be a focal point for family activities," says, Chris Harris, Katy City Councilmember. "I'm Tremendously proud, I served on the bond committee that proposed this world-class facility."

It was a beautiful dedication today (Saturday February 16) of the new L.D. Robinson Pavilion, W.E. "Billy" Morgan Arena at the new Gerald Young Agriculture Science Center in Katy ISD. So proud of my father, L.D. Robinson, and his "legacy of leadership" in Texas education for 44 years and for laying the foundation for this great Katy ISD FFA program he established in 1942 followed with the first Katy Livestock Show & Rodeo he organized in 1943," says, Diana Robinson Elder. "He lived by the FFA motto, "Living to serve" and was the Katy FFA supervisor & agriculture education teacher almost 29 years. Thank you to all who have supported his vision and dream for 76 years."

"I could feel the passion and spirit our legacies had envisioned for this amazing program during the Agricultural Sciences Center dedication and livestock auction this past weekend," said Courtney Doyle, Katy ISD Board president. "In this brand new facility our students proudly showed projects they have worked so hard on this school year. The Katy ISD FFA and the Katy Rodeo are like none other, and I feel blessed to live in a community that continually seeks to provide unparalleled learning experiences like this for each of our students,” added Doyle.

"It was a momentous occasion today, as students, teachers, administrators and community leaders participated in the dedication ceremony of the Gerald D. Young AG Sciences Center, a pillar of growth for the Katy ISD Career and Technical Education and FFA chapter," says Katy ISD.

Saturday brought the historically popular parade. Superintendent Ken Gregorski and Trustee Bill Lacy were among the first groups to kick off the annual event.

Blast to the Past

In 1942, the director of the Texas Education Agency, J.D. Marshall, hired L.D. Robinson to take over as the vocational agriculture teacher and FFA advisory in Katy, Texas. At the time, the program was in danger of being discontinued by the state, and Marshall knew that immediate action needed to be taken. When Robinson got there, he saw an opportunity to make Katy's agriculture science program great. To most, it seemed like an impossible dream. What no one realized was that it was destined to become the first program of it's kind in the United States, and arguably the best in the country to date.

A man with a vision Robinson's plan for the program was grandiose by all accounts, and included an FFA chapter Agricultural science farm, local livestock show and rodeo, and a lighted arena; which at the time, wasn't known to exist anywhere else in the country.

With the help of some of his students, he built a scale model replica of an FFA chapter farm, livestock barns, a show barn, feedlots and pens, and a lighted rodeo arena and presented the at the first Katy FFA Father and Son Banquet, the Katy I.S.D. school board, and State officials including Mr. Marshall. It was emphasized that the program would be self-supporting and would not cost the school district one cent - another long shot. But the district gave him the go ahead.

To fund all of these wonderful dreams of FFA greatness, they had $57 (approximately $1000 today) to start with, and $45 of that was used to purchase nine pigs from local farmer Roy Beckendorff. V.D. Avera, owner of Katy Feed Store, graciously agreed to carry the feed bill until the pigs were ready to sell. In April 1943, The Katy ISD FFA was ready to hold it's first ever auction, but Robinson, ever the planner, wanted to do things right the first time, and new that for an auction, you need a crowd.

Robinson and others quickly built a fence around the football field as a makeshift rodeo arena, and local cowboys volunteered to ride at night just before the pig auction. Cars had to turn their headlights onto the field so the cowboys and auctioneers could see. According to Robinson at the time, "They not only were interested in the sale but went wild over the cowboy sports rally." The event brought in $87 from the rodeo, and $454 dollars from the pig auction.

Originally a one-time event, the Cowboy Sports Rally was such a phenomenal hit that it became a weekly event held every Saturday night during the summer for the next eight years. The community competed in goat roping, flag races, ribbon races, basketball on horses, ladies barrel racing, relay races on horses, goat hair pulling, and more. The first parade made its way through the streets of Katy which were unpaved at that time, and it seemed that the entire town was there along with many visitors cheering for their favorite cowboys, cowgirls, and parade entries. The livestock show expanded and Robinson incorporated an Open Breeding Cattle Show into the annual event which was held in the Katy I.S.D. Bus Barn located on the west side of the facility. This also brought in a lot of new buyers for the livestock show and auction.

Dreams become a reality In 1947, Robinson's scale model of an Ag science farm became a reality, when he used proceeds from early livestock shows and rodeos to build the real deal that included a show barn, farm equipment, livestock pens, and lighted rodeo arena with bleachers and pasture land, built behind present-day Katy High School on FM 1463. The entire facility was built by the students and parents with the support of local businesses and the entire Katy community. All materials used to build the first facilities were donated by local area businesses. The land for the Ag Science Farm and show grounds was donated by the Cotts family.

This year, Jennifer Lindgren, the President of Cinco Ranch HS FFA won in best reserve champion showmanship for her lamb in the competition.

Melissa Cerny LeBlanc said, "So proud of my student Jennifer! She is an AMAZING YOUNG LADY!!! She is a true inspiration to all!!! We all can learn from Jennifer...she’s always has a positive attitude! I’m proud of you Jennifer!"

Robinson's true passion realized With the culmination of all of these projects, Robinson was able to truly pursue his passion, which was encouraging young people. His FFA chapter Ag science program gave students the chance, for the first time ever, to raise their own livestock through a co-op program - teaching them about responsibility and hard work.

Building a nationally recognized program What began as a dismal prospect in 1942, was after 12 years, now being called across the nation, "the school you have to beat in order to win", when it came to agricultural science. Over the years, numerous publications highlighted the Katy FFA chapter and Mr. Robinson, one headline of the State FFA Convention Newspaper Reading, "Can You Top This?"

Before his retirement in 1972, L.D. Robinson was given the highest possible honor that can be bestowed upon someone in his position - the Honorary American Farmer Degree at the National FFA Convention, and was honored as one of the Top Educators in the Nation. He also received the Honorary Texas Farmer Degree and Texas Honorary FFA Member for Chapter, District, and Area and was recognized several times at the Houston Livestock Show and Rodeo.

"Before football took off, people and businesses were attracted to Katy because of the outstanding agriculture program and it was a major farming region in the United States." says, his daughter, Diana.

Katy ISD FFA Today Today, the Katy ISD FFA programs have grown from one to eight and are in each of the high schools with more than 1000 active student participants and the district continues to grow. Robinson, who was the only agriculture teacher and FFA Adviser until he retired, has been replaced by over twenty Ag teachers. The rodeo is still one of the largest local rodeos in the country and each year, approximately $20,000 or more of rodeo proceeds is returned to the FFA program, students and charitable civic groups.

Living to Serve Robinson’s impossible dream has become a reality and his legacy will continue to live on for generations to come. The FFA Motto, "Living to Serve” is what L. D. Robinson exemplified throughout his own life dedicating his time and talents in making a positive difference in the lives of young people and serving the Katy Community that he and his wife, Ruby, so dearly loved. Mr. and Mrs. Robinson celebrated 48 years of marriage and dedicated their lives to serving others.

In 1970, to honor his 29 years with the Katy FFA Agriculture Education Program and 44 years in Texas education, former students and Katy FFA Chapter members founded the L.D. Robinson Scholarship Fund. Almost 150 4-year scholarships have been awarded to outstanding seniors active in the Katy ISD FFA, Agriculture Program since its inception. katyisdlivestockshow.org

Katy Residents: Don’t Get ‘Skimmed’ at the Gas Pumps